families in building
a place they call home. 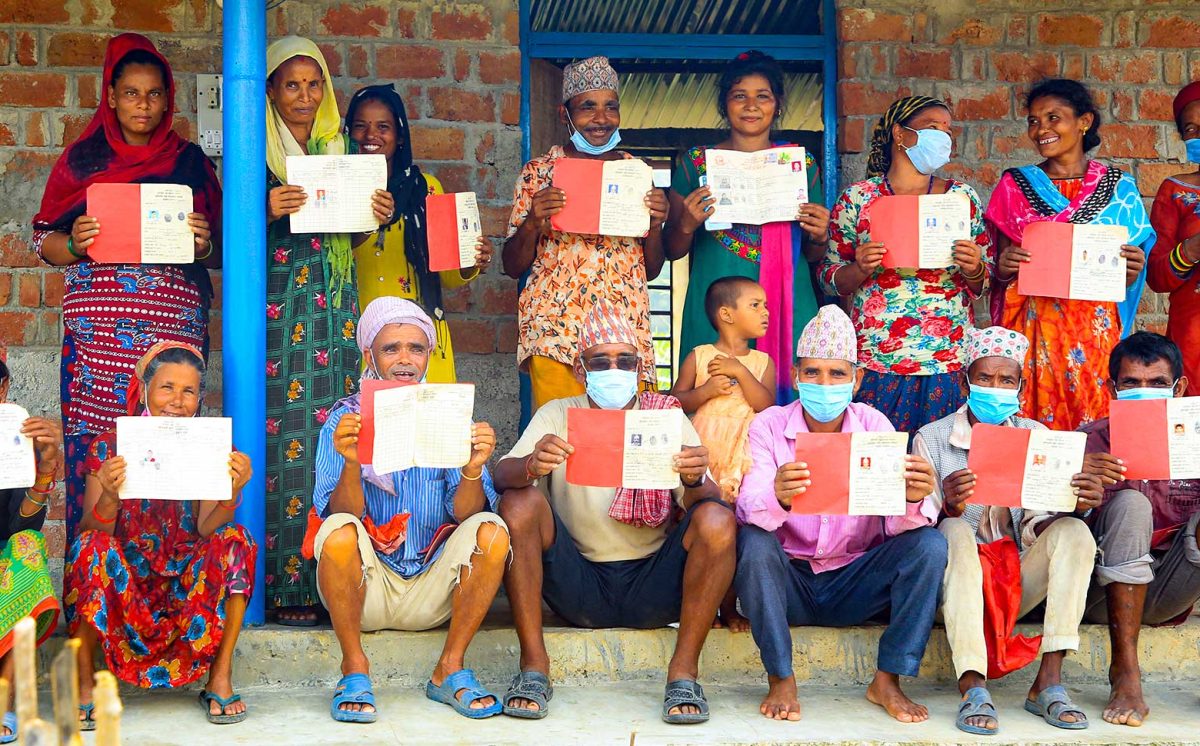 With the Land Act coming into force in February 2021, 1.3 million families in Nepal can look to improving their lives through secure tenure. They are the landless, land-poor, and other vulnerable groups who hold nearly 10 million parcels of land without formal recognition and face continuous threats of eviction. Habitat for Humanity Nepal is committed to the government’s National Land Policy, adopted in March 2019, that includes securing tenure and land ownership, protecting land rights and ensuring equitable access to land for all, including women and vulnerable groups.

Since 2019, we have partnered with Nepal’s government to help 1235 vulnerable indigenous families secure land tenure in their names. Under a government concessional scheme, Habitat has enabled 167 women to register land in joint ownership with their husband. With an increase in the number of female-headed households due to widespread labor migration by men, women often lack the rights to the land they farm, a report showed. Strengthening women’s land rights not only contributes to gender equality, it also improves food security and reduces poverty for the whole family.

Land access and ownership is further strongly connected with more sustainable land use, reduced conflict, and social stability. In FY 2021, we partnered with 585 families to build new homes on secure land, providing an asset that can be leveraged for home-based businesses and laying the foundation for greater financial stability.

One of the fastest-growing plants in the world, bamboo is an increasingly important asset in poverty reduction and economic and environmental development, according to a joint United Nations study in 2005. In Nepal, studies cited the advantages of bamboo in construction compared to burnt brick due to its low environmental impact, ability to produce more oxygen than trees, and a recyclable resource. Habitat has more than two decades of experience in promoting bamboo housing solutions in Nepal, particularly in the east of the country where native bamboo species are primarily grown. These range from supporting partners in establishing bamboo treatment centers to partnering with local communities in cultivating bamboo.

In promoting renewable, locally available construction materials such as bamboo and climate-smart house designs, Habitat minimizes the use of heavily polluting and considerable contributors to carbon dioxide emissions, such as steel, cement and burnt bricks. A 2020 global report showed carbon emissions from buildings and construction constitute almost 40% of global carbon emissions in 2019.

With the support of a Market System Specialist for bamboo, Habitat Nepal conducted a market study in January 2021 into bamboo supply chains in select project areas. The study also assessed existing demand for bamboo housing solutions and proposed strategies to promote bamboo housing solutions through market actors to ensure that low-income communities of the Eastern Terai can adopt more disaster-resilient bamboo house designs and construction practices. More than 60% of respondents were open to building homes with treated bamboo, factors such as affordability, awareness and market supply may affect widespread use of such environmentally friendly materials.

The study has proposed supporting and strengthening the production capacity of individual farmers and community forests and making treated bamboo available in the local market. From farmers to methods of delivery to treatment centers to vendors to families, the entire bamboo supply chain needs to be strengthened for greater sustainability.

Meeting needs amid a pandemic

In addition to the health impact of COVID-19, millions of people in Nepal are struggling with hunger, malnutrition, loss of livelihood and other needs that are being overlooked. Protracted lockdowns from April 29th, 2021 to reduce the spread of the coronavirus had limited the supply of produce in local markets and people were restricted from going out to work or buy food. Many of our homeowners had less than a week’s worth of food stored in their homes and no income from their daily labor jobs.

With the support of The Hilti Foundation, Habitat for Humanity Nepal worked with local partners to distribute food and hygiene parcels to more than 1175 individuals who were in the midst of building their homes when the pandemic struck. Assured of food security, these families were able to continue with construction while sheltering at home. 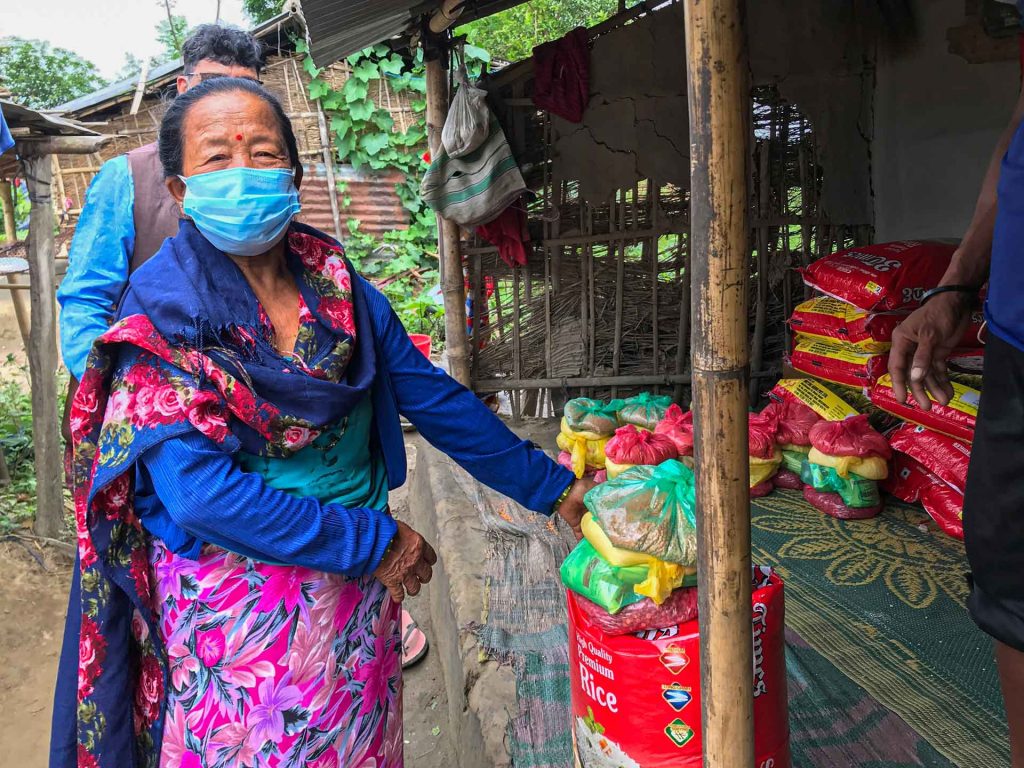 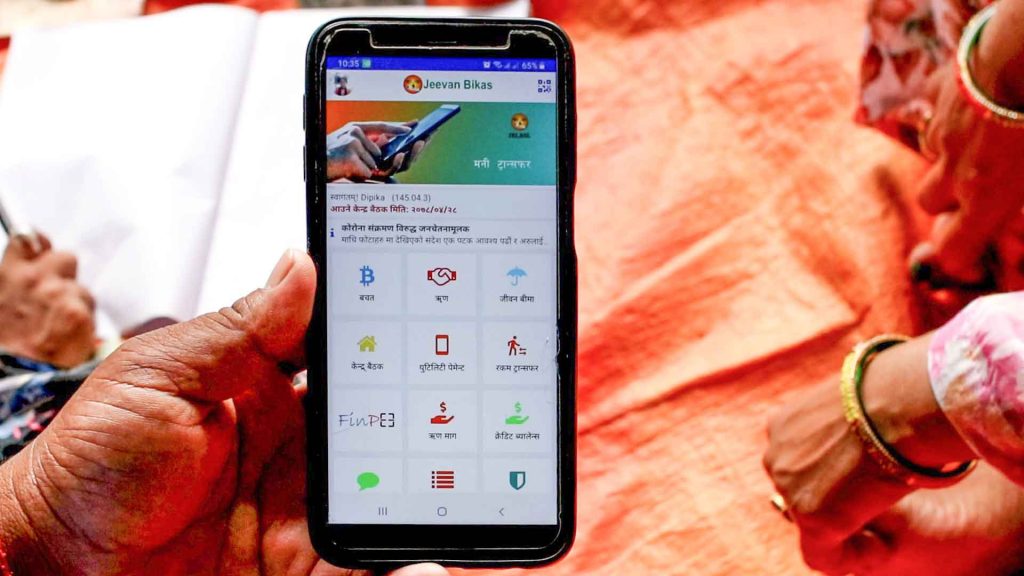 In Nepal, Habitat strengthens housing markets to better respond to the shelter needs of low-income families through innovative products and services, other supply-chain improvements, and education and communication on the demand side.

With support from the Australian government through its Business Partnerships Platform — a program that scales business opportunities for social impact — Habitat for Humanity Nepal has developed a mobile application to be used by microfinance institutions’ loan officers and clients.

With the app, loan officers from microfinance institutions can assess an applicant’s repayment capacity. For families who are thinking of taking out housing microfinance loans, the app provides information and the total cost of building a government-approved safe and secure house visually. 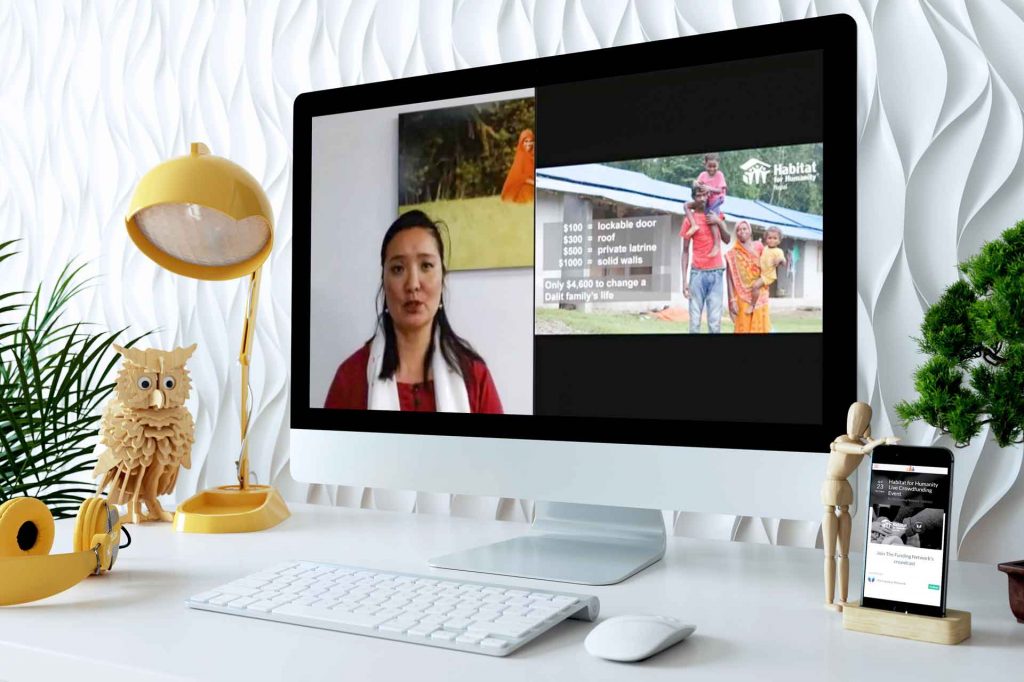 Amid the ongoing pandemic, Habitat for Humanity Nepal has had to make pivotal changes including engaging partners and supporters through virtual platforms.

Tapping into innovative technology such as 360-degree videos, we were able to connect with our donors and Global Village volunteers to share Habitat for Humanity Nepal’s impact. In addition, through virtual fundraising events, Habitat supporters were able to learn about the changes in families’ lives and how their new homes are playing a vital role in their life. 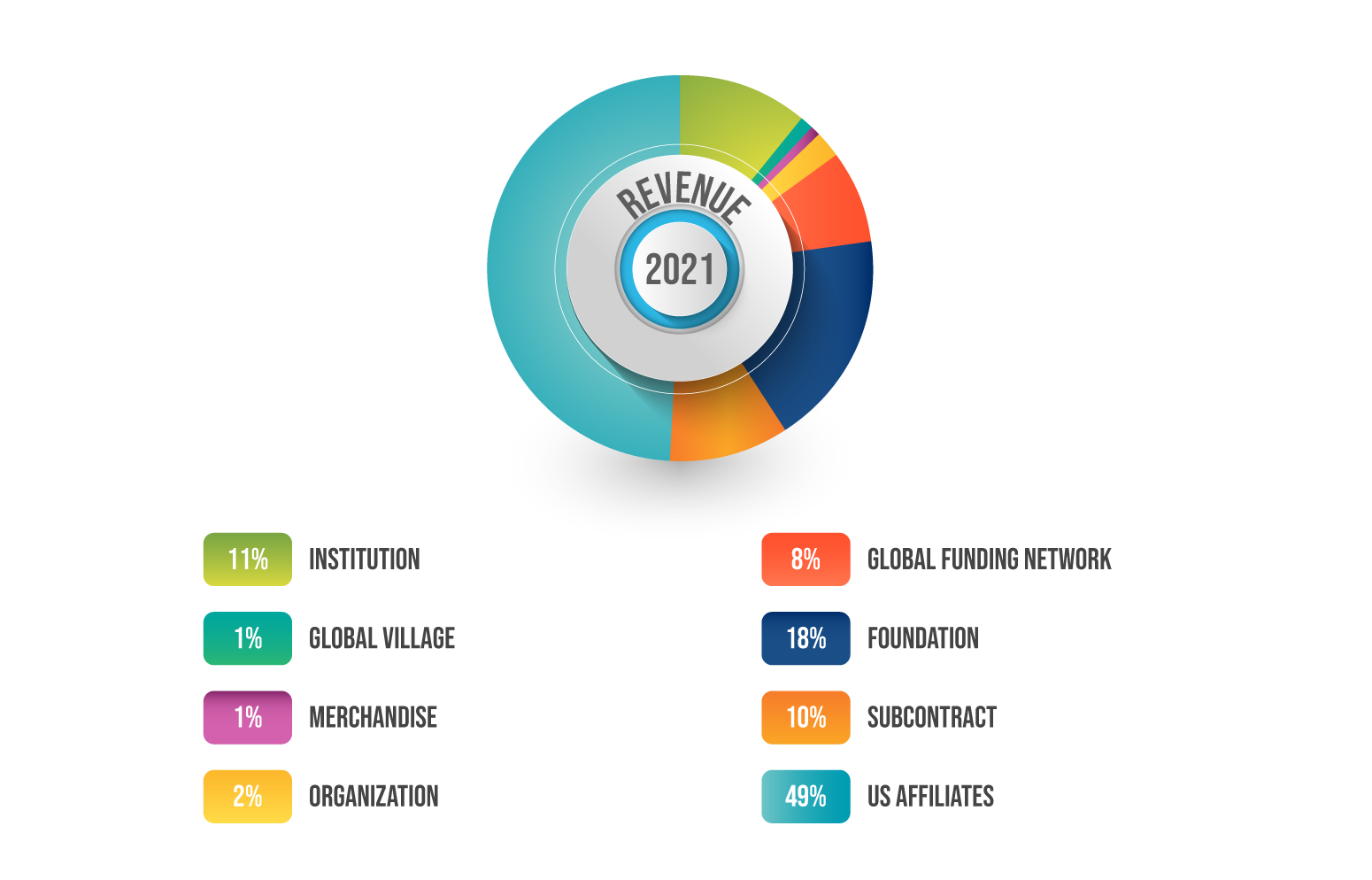 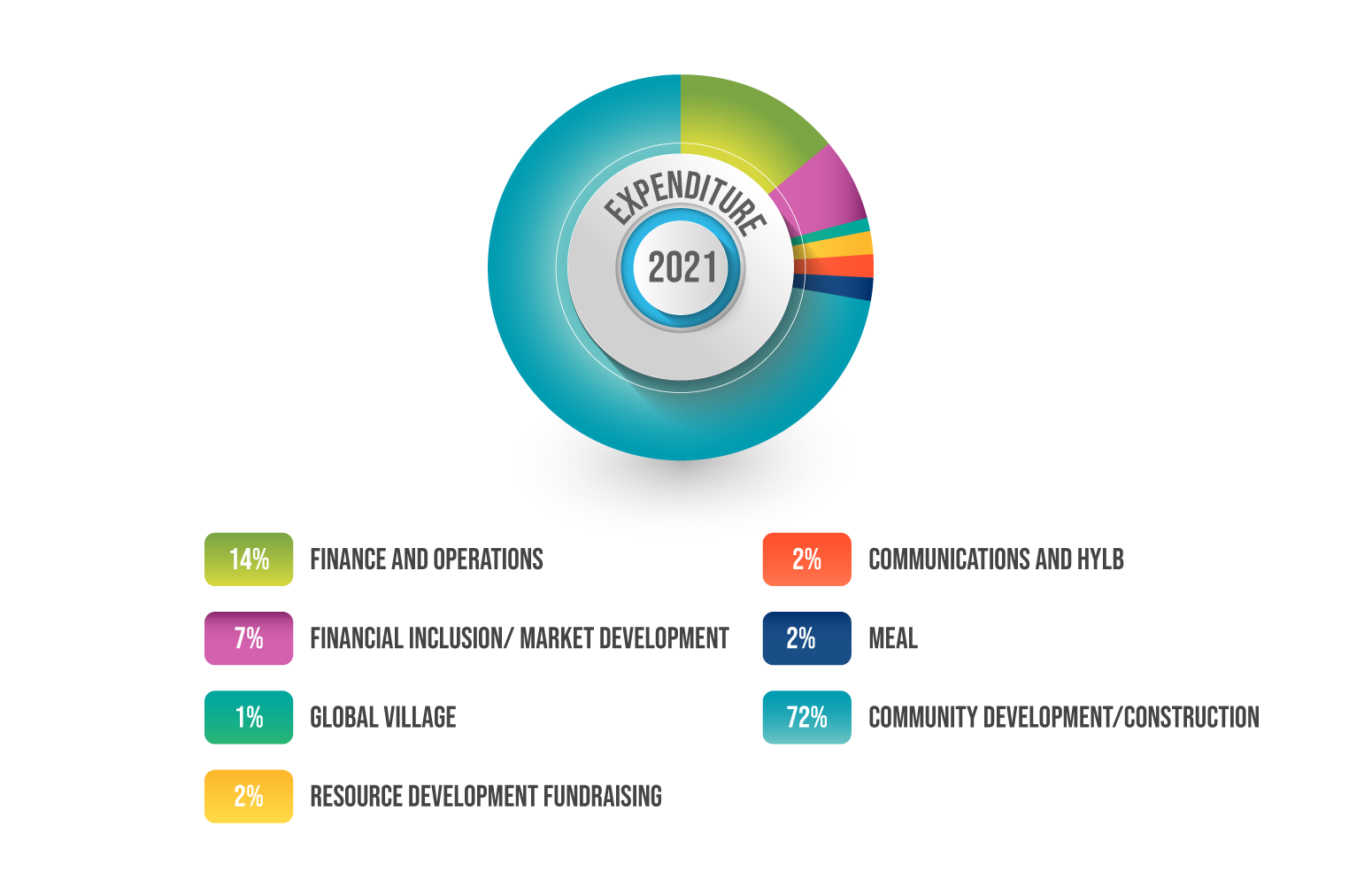 In appreciation of U.S. tithing affiliates

Tithe is not only a foundational principle of Habitat but also provides critical funding for Habitat Nepal’s work.

deserves an opportunity to build a better life.

deserves an opportunity to build a better life.