Message from the National Director

What do we make of 2020? Is that not what we are all asking ourselves?!

For Habitat Nepal, the fiscal year started so well…. 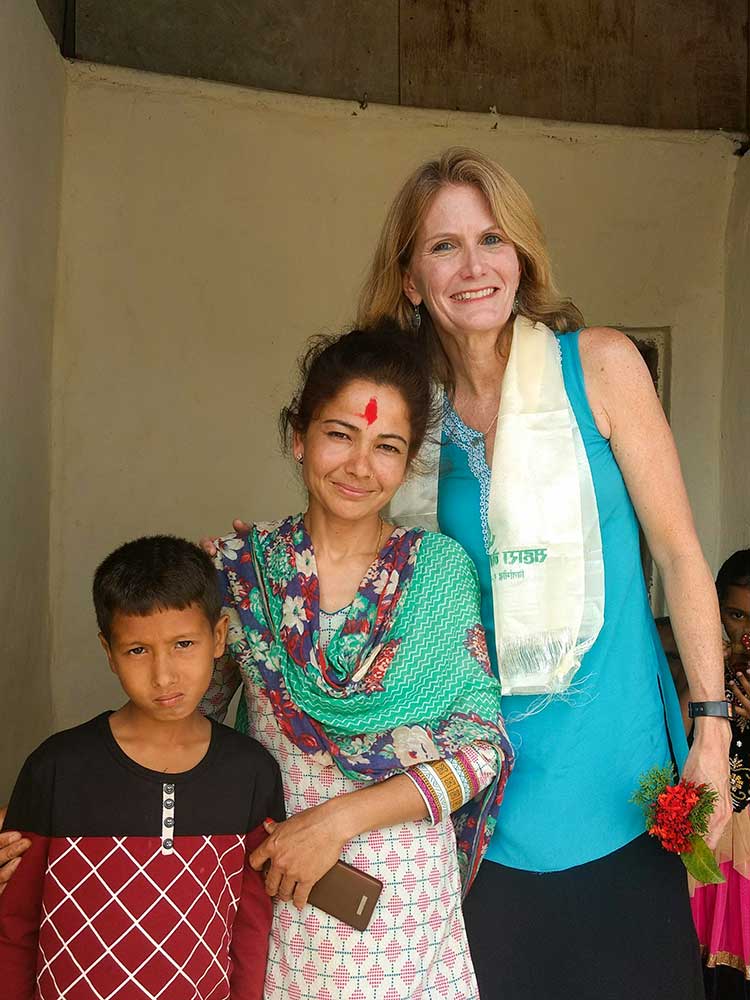 And I am so pleased to say that, thanks to YOU, FY20 ended extremely well!

Your partnership with us allows us to adapt to our ever-changing context with strategies that address Nepal’s acute housing needs and maximize local opportunities. In these challenging times, we can truly say that we need you more than ever.

Thank you and namaste!

families in building or
improving a place they call home.

After more than two decades of building homes, communities and hope in Nepal, partnerships are more crucial than ever. In the Government of Nepal, Habitat for Humanity has found a like-minded partner whose strong support enables us to break down the barriers to adequate, affordable housing for marginalized and vulnerable communities.

In the fiscal year 2020 (ended June 30, 2020), Habitat Nepal tapped into more than US$4.3 million of government funds to build 1,500 new houses and secure 150 land titles through its partnership with the Government of Nepal. “Habitat is grateful for the Government of Nepal’s steadfast support. This has helped us to not only stay on track but have a strong finish amid the pandemic,” said Yuban Malla, Habitat Nepal’s Program Director.

Access to US$4.3 million in government housing funds has made the following possible:

Studies have highlighted compelling advantages of bamboo as an appropriate construction material given its abundant supply in Nepal. It is lightweight, flexible, strong, renewable, affordable, and environmentally friendly. Despite being commonly used in traditional housing in Eastern Terai, bamboo has not shed its image as a poor’s man material. A new partnership with the Hilti Foundation is set to change that.

Known as IMPACT 2026 in short, the seven-year project aims to promote the adoption of resilient, durable and affordable bamboo housing solutions among low-income families in the Eastern Terai. Habitat Nepal will also provide opportunities for future homeowners to improve their income through onsite masonry training. Shankar is among 17 people who have been trained as builders under the project. He says, “I never expected bamboo houses to be so beautiful. I am excited to move into my new house.”

to be completed by December 2020

Land ownership is a step out of the poverty cycle. In Nepal, 1.6 million families reside on land that does not belong to them, living in structurally unsafe houses and often lacking access to electricity, running water, or toilets. Much is at stake as families risk being evicted, hit by extreme weather or climate disasters, not to mention the indignity.

Habitat Nepal influenced the government of Nepal to implement land and housing policies around secure tenure, disaster resilience, and gender equality. As a result of its lobbying and advocacy efforts, local and federal governments allocated land and provided funding for more than 10,000 low-income, vulnerable, landless, and flood-affected people.

In the last fiscal year, Habitat Nepal enabled government agencies to provide land and housing to 1,541 marginalized families, leveraging more than US$4.3 million in government funding. This approach also promotes gender equality by registering the land jointly in the name of husband and wife, or the name of a woman if she is single.

Habitat homeowner in Kanchanpur district, Lachu pointing to her name on the land title certificate.

Playing a catalytic role, Habitat Nepal increases awareness among the low-income communities about the availability of housing loan products offered by partner microfinance institutions. Providing an appropriate and affordable loan product is challenging for 20,190 families served by financial services microfinance institutions, so Habitat conducts research in the community to understand the demand for loans and appropriate terms and conditions to make them accessible.

The research findings and recommendations are used by the MFIs to design affordable loans for low-income families. Such collateral-free housing loan products facilitate people’s access to credit for buying land plots, building or repairing houses and constructing toilets.

Kalpana (right) with her daughter and her father-in-law in front of the house that they built with a loan from Habitat Nepal’s partners, Sahara Nepal Saving and Credit Cooperative Societies.

Salme community in Ghalegaun, reconstructed after the 2015 earthquake.

The devastating 2015 earthquake made six million people destitute in Nepal. Five years on, the affected communities, Government, nongovernmental organizations, and other housing actors have gained much experience from the recovery effort. Rebuilding of lives and communities is a long-term process that can take up to a decade, if not longer. It is a pertinent time to pause and reflect; how would we do it differently next time, when a major disaster strikes?

Habitat Nepal engaged Maggie Stevenson, a respected earthquake recovery expert, to support learning initiatives on housing recovery. In a report (Click Here), she presented potential areas of learning, framed as four lessons, identified from experience and discussions in Nepal. They are organized under the broad themes of housing finance; urban; institutionalization; and technical assistance. As Nepal transitions to other priorities, it is vital the discussion continues to shape learning and practices for greater impact.

Guna Laxmi (left) with her granddaughter in front of their new house they built with assistance from Habitat for Humanity Nepal in Kavre district. 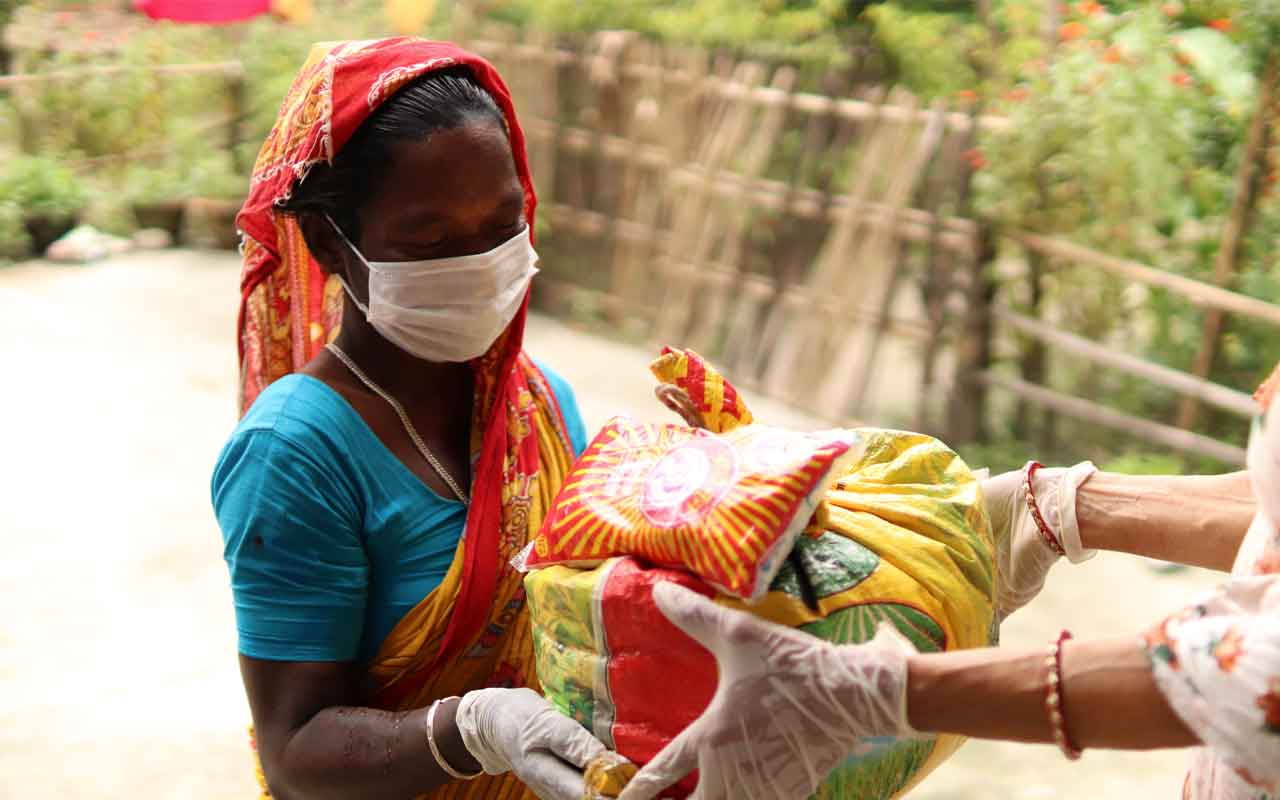 After Nepal went into lockdown due to COVID-19, Asha lost her job as a daily farm laborer. With Habitat Nepal’s support, she was able to provide food for her family while helping to build her new home.

The year 2020 will certainly go down in history as the time when the world was brought to its knees. Like countries all over the world, Nepal has to bear the impacts of COVID-19.

Such an initiative was made possible with donations from the dedicated Habitat Nepal staff. 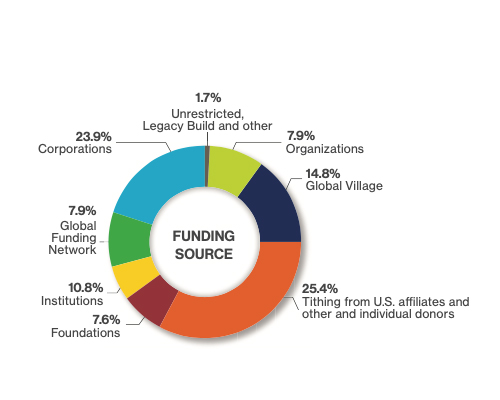 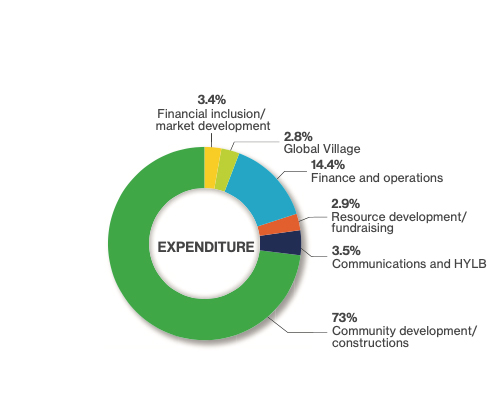 Looking back on the year

Habitat Nepal advocates for women’s rights to land and property as part of our core housing strategy.

Habitat Nepal advocates for women’s rights to land and property as part of our core housing strategy.